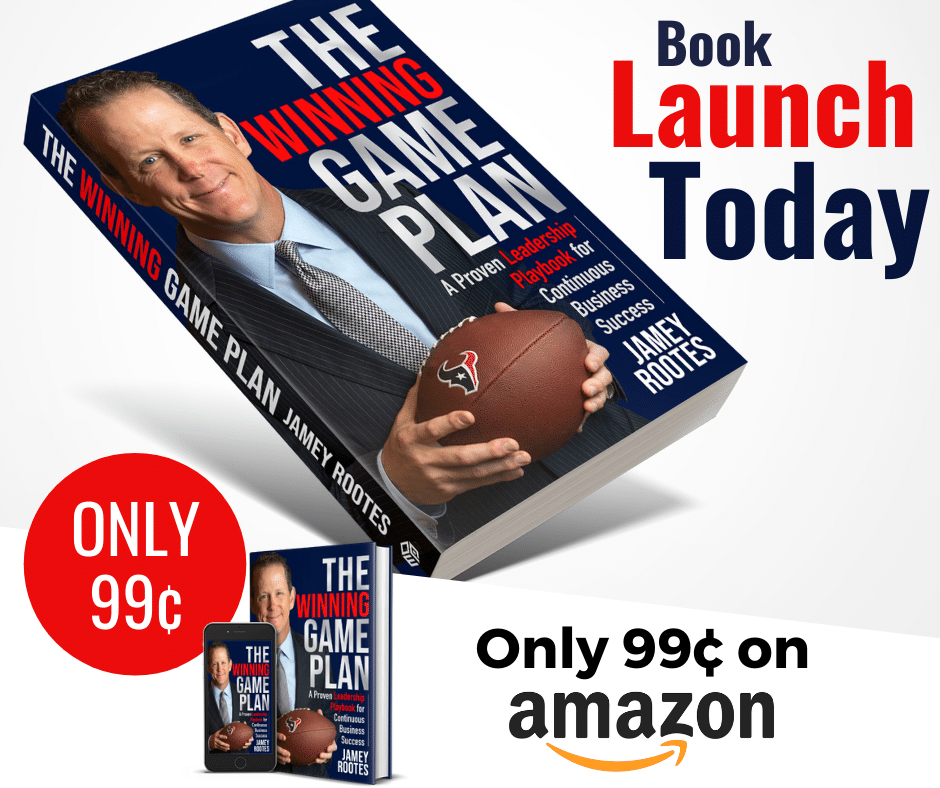 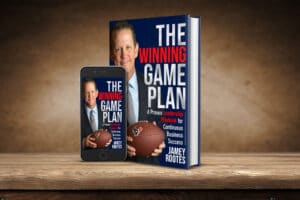 Get a world-class approach to leading a business, any business, to exceptional and sustained success. Houston Texans President Jamey Rootes shares the principles and ideology that has made the Texans one of the most valuable professional sports franchises, both in the NFL and globally.

Every new leadership opportunity you face is a chance to grow as a leader and as a human being. In The Winning Game Plan: A Proven Leadership Playbook For Continuous Business Success, Rootes outlines a world-class approach to leading a business, any business, to exceptional and sustained success. These are the same principles he and his team have implemented for more than twenty years.

Through trial, error, and adjustment, these guiding principles will help you deliver breakthrough financial results, a rewarding workplace experience for your team, tremendous customer loyalty, and a reputation as a committed caretaker for your community.

Challenges are to be welcomed; they are the impetus for change, learning, and growth. Effectively communicating your expectations and decisive plan results in consistent success.

Whether you are leading a new company or department, starting your own enterprise, or flexing your leadership muscles, follow the guidelines in this playbook and you’ll have a reliable set of resources to meet each challenge head-on.

Leave a review on The Winning Game Plan 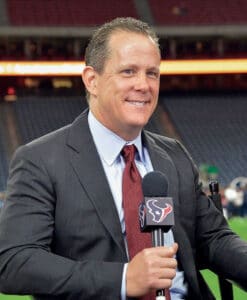 Jamey‎ Rootes has been one of Houston’s leading executives for more than two decades. He currently serves as President of the Houston Texans and is responsible for all business functions of the club. Under his leadership, the Texans have consistently been recognized as one of the most valuable professional sports franchises both in the NFL and globally.

During Rootes’ tenure, the Texans have earned many distinctions, including numerous “Crystal Awards” and most recently two American Business Awards for marketing excellence. Following the 2019 NFL season, the Texans extended their sellout game streak to 185 consecutive home games – a Houston NFL record.

He also serves as President of Lone Star Sports & Entertainment (LSSE), a sports management agency associated with the Texans. LSSE has been a catalyst for some of Houston’s most significant sporting events, including an annual college football bowl game and numerous international soccer matches.

In 2019, Rootes was selected as one of Houston Business Journal’s Most Admired CEOs. Earlier this year, Rootes was recognized as the 2020 Steinberg/DeNicola NFL Humanitarian of the Year.

He also oversees the activities of the Houston Texans Foundation, whose mission is to be “Champions for Youth,” which has donated more than $35 million. Recently, Rootes co-chaired the Greater Houston COVID-19 Recovery Fund, which has raised over $17 million to support the most vulnerable individuals and families affected by the pandemic in the Houston community.

Prior to joining the Texans, Rootes helped to launch Major League Soccer as the president and general manager of the Columbus Crew.

He resides in Houston with his wife, Melissa, and their children, Chris and Caroline.

Leave a review on The Winning Game Plan