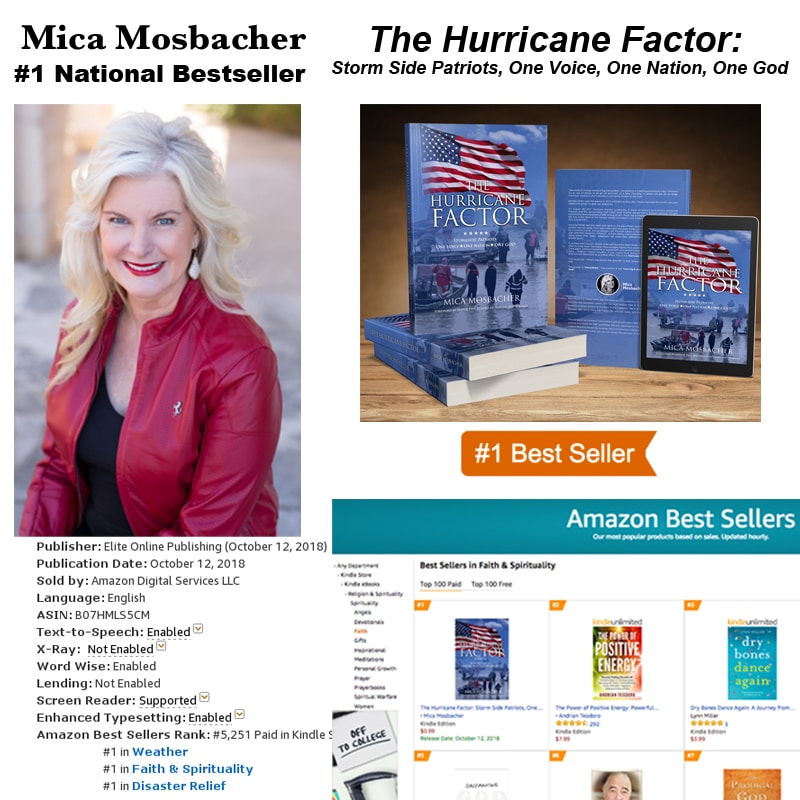 Mica Mosbacher Hits #1 Bestseller with Her Book “The Hurricane Factor”

Mica Mosbacher Hits #1 Bestseller with Her Book “The Hurricane Factor: Storm Side Patriots, One Voice, One Nation, One God “

Award-winning Mica Mosbacher introduced her new book “The Hurricane Factor: Storm Side Patriots, One Voice, One Nation, One God”
which climbed quickly to be a #1 Bestseller on Amazon. 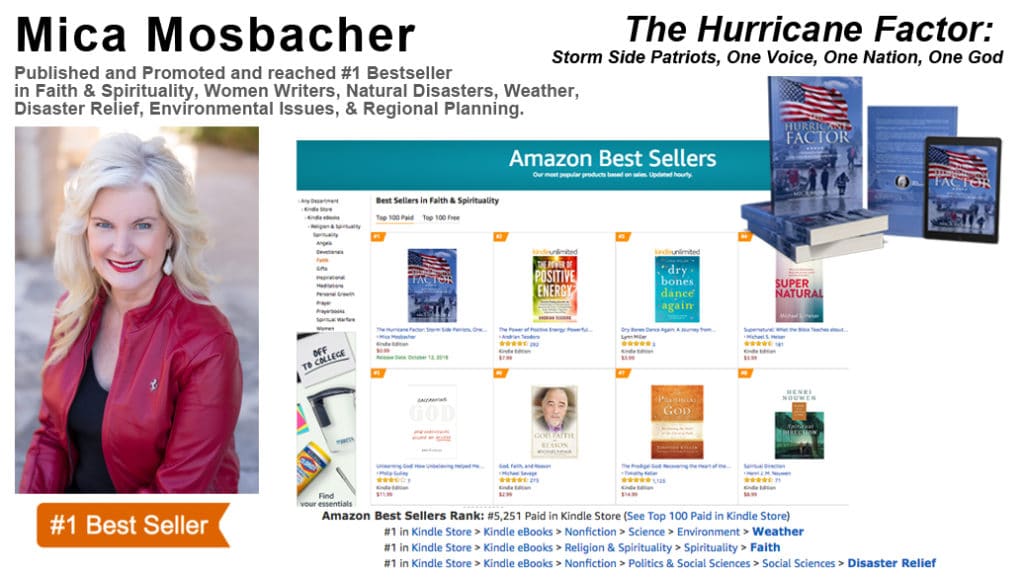 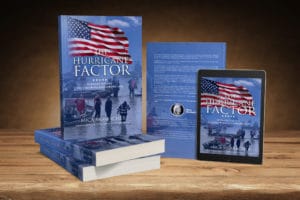 The winds of change are blowing everywhere.  Uncertainty is creating extreme anxiety. Whether it’s an act of nature or an act of terrorism or a lone shooting, it seems we are all on edge.  American traditions and institutions are being shaken to the core.

Perhaps that’s why the events in 2017 unfolded as they did.  Maybe God set fire to the rain (per Adele’s hit song), to grab our attention.

On August 28, 2017, Hurricane Harvey, a category 4 storm of biblical proportions paralyzed Houston and the surrounding Gulf Coast area. Mother nature had a temper tantrum of epic proportions and unleashed 51.888 inches of rain. Much like a theatrical narcissist, she unleashed her fury in the form of the highest rainfall recorded in U.S. history. It was enough to fill 85,000 plus astrodomes.

Unsung heroes saw the need and came to the aid of their countrymen. It was a rare time when politics was set aside. First responders and everyday Americans were comrades in arms united by a common cause. Harvey brought out the core values of America – Faith, resiliency and grit.

Just when the resources of the U.S. and the weary storm side patriots were tested to their limits, along came Irma. Again, Americans set aside their differences to do the right thing for the greater good.

It seemed that the rain would never end but blue skies finally emerged. But the coast was not clear for long. Soon Hurricane Maria ravaged Puerto Rico and the surrounding islands.

Once again, without hesitation or assessment of a person’s origin, religious affiliation or political party, – neighbor helped neighbor. It was crystal clear during these moments of extreme crisis that survival depended on a unified effort. This is The Hurricane Factor.

One could ask “Where was God in the storms?” In fact, where is God in our personal storms in life? 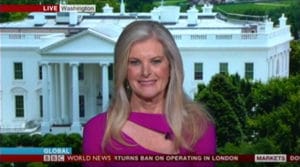 Mica Mosbacher, the widow of the 28th U.S. Secretary of Commerce, is a political strategist, award-winning journalist and bestselling author. She has held national roles in five presidential campaigns and is presently a Senior Advisor of the 2020 Trump Campaign. She is a frequent guest on Fox News, Fox Business, BBC World News, BBC Radio, LBL and CBC Radio, APR Radio and other international news channels.

She was appointed Honorary Consul-Iceland and served 8 years. Mica has been active for two decades in political fundraising for GOP candidates. She was appointed to a six-year term on the University of Houston Board of Regents by Governor Perry and served as Vice Chair.  In addition, Mica has co-chaired numerous charitable events and she was named Philanthropist of the Year by TAASA for advocacy of assault victims.

She has been accorded two damehoods. Was inducted into the Greater Houston Women’s Chamber of Commerce Hall of Fame along with Barbara Bush. In 2011 Houston City Council honored her for a public art installation on tolerance. She currently serves on the board of Turning Point USA and the London Center for Policy Research. Mica is also an ardent supporter of Judicial Watch.

Mica is a fifth-generation Floridian and grew up in Houston, Texas.  She currently resides in Austin, Texas, and Washington, D.C. Mica has two grandsons and is a member of Holy Trinity Church, in D.C.

Learn more about Mica by clicking below: