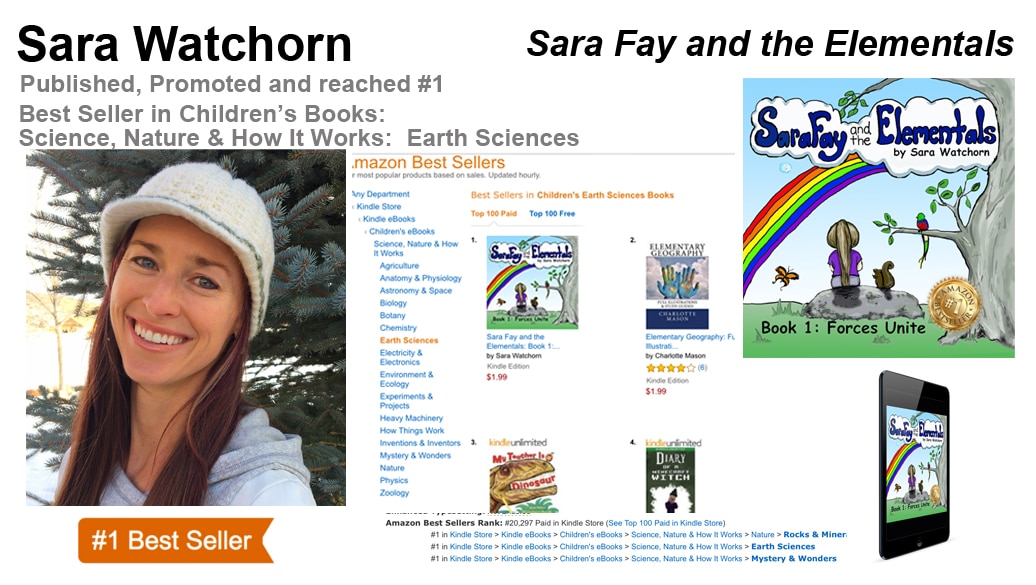 About the Book:
Beings of light are all around us caring for the Earth. Their loving energy nourishes the land, plants, and animals that are found within The Three Kingdoms. Uncaring humans are damaging the Earth and threatening to destroy The Kingdoms forever. Elmoraz, Lord of the Elementals, is searching for worthy humans to join in their quest to save the Kingdoms. Elmoraz and the other Elementals find our young heroine, Sara Fay, and teach her about The Three Kingdoms and the magical power they possess.

Written in rhyme this touching and inspirational series educates its readers about the importance of nature and calls them to action with engaging quests at the end of each section. Come along and save the day with the Elementals and Sara Fay!

About Sara Watchorn:
Sara Watchorn was a scholarship swimmer at Stanford where she graduated with a degree in English Literature. She began coaching other young swimmers as a teenager and has since worked with all age groups to improve athletic performance and to develop a healthy lifestyle. Her first published series, Sara Fay and the Elementals, lovingly reflects the important role nature plays in bringing humankind health, vitality and joy. 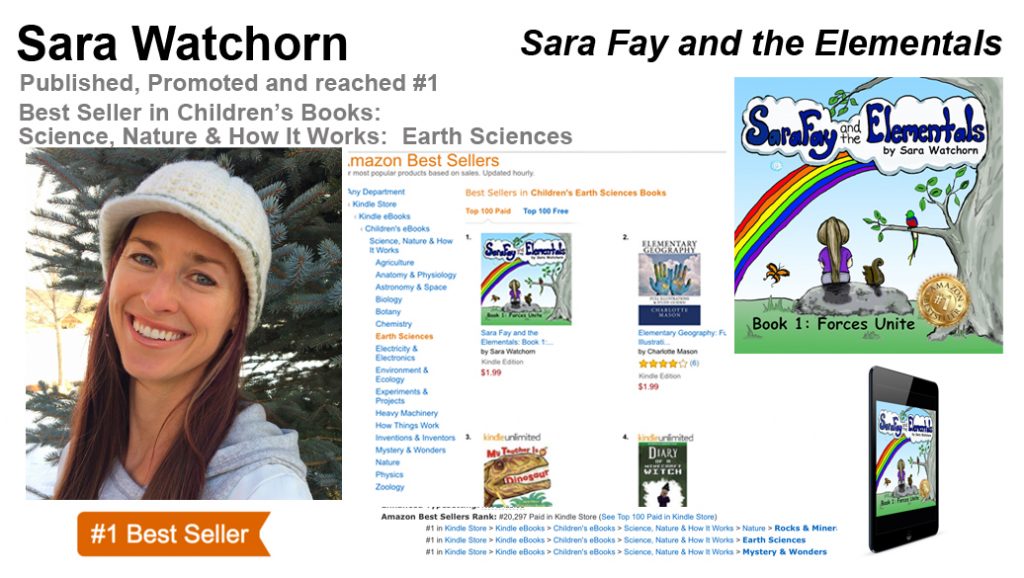