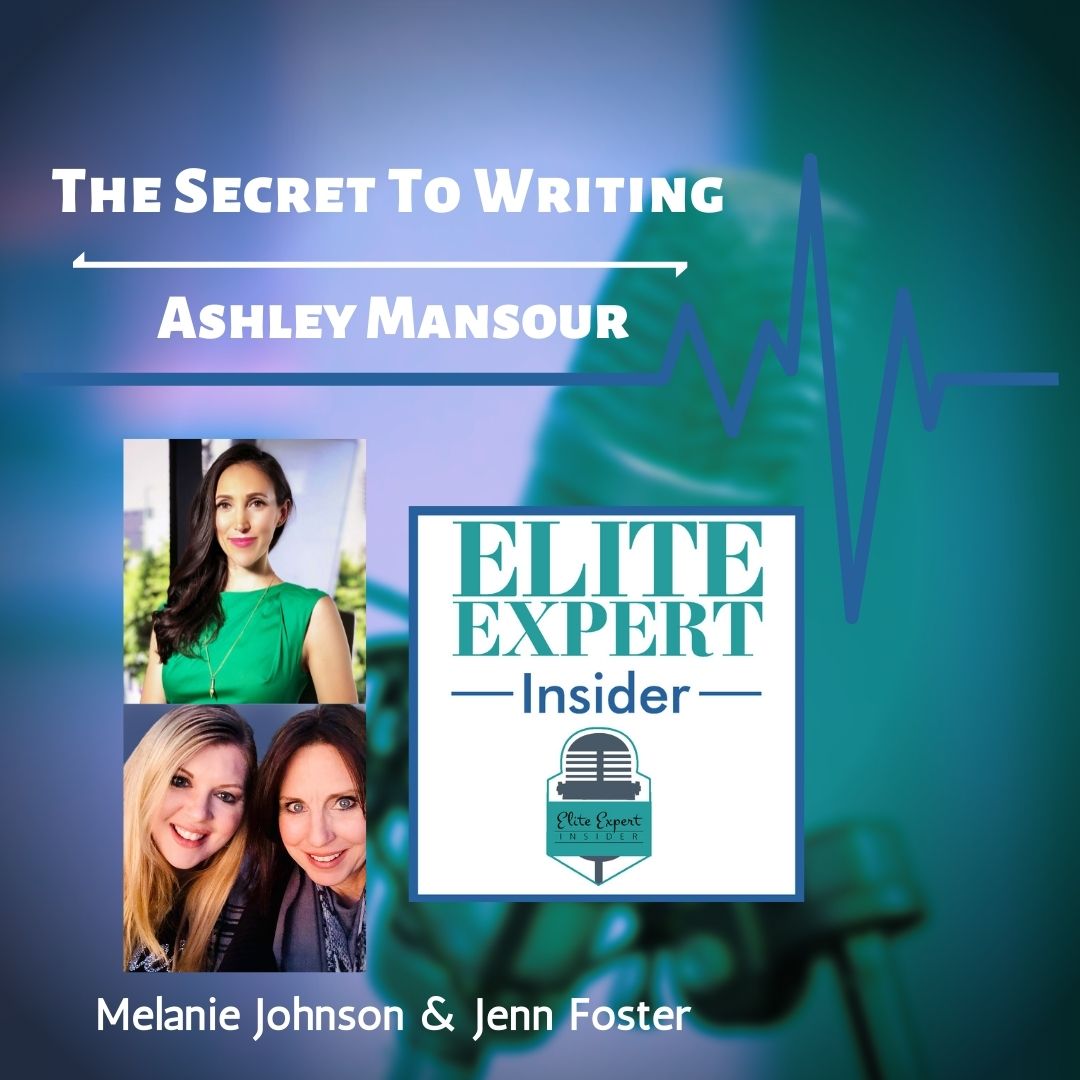 The Secret To Writing With Ashley Mansour

Melanie Johnson & Jenn Foster, owners of Elite Online Publishing, interview Ashley Mansour about her tips and tricks to writing and her book The Writers Success Code.

“We go through three different phases, the first one is tap which stands for time, accountability and process. Which I really have found to be the three things that people do need to have under their belt as a strategic foundation before they go off and start writing.” (7:00)

“When you’re in the drafting phase, one of the things I like to teach is something called the sandbox method, you’re just putting sand in the sandbox, you’re not there to shape or construct these massive sand castles.” (13:43)

“When it comes to fiction, authors we need to ask ourselves, what is the tone that the US audience or other audiences might want to see.” (17:51)

Ashley Mansour is an international bestselling author, a #1 Amazon bestselling author, award-winning producer, and writer originally from Los Angeles, California. She has over eight years of entertainment and digital media experience and twelve years experience as a professional writer. In 2019, she founded LA Writing Coach with a simple mission: to help writers fast-track their writing projects and create rewarding writing careers.

Ashley has written and produced content for a multitude of screen sizes and audiences and is seasoned writer and storyteller who loves crafting thrilling narratives and captivating audiences through the written word.