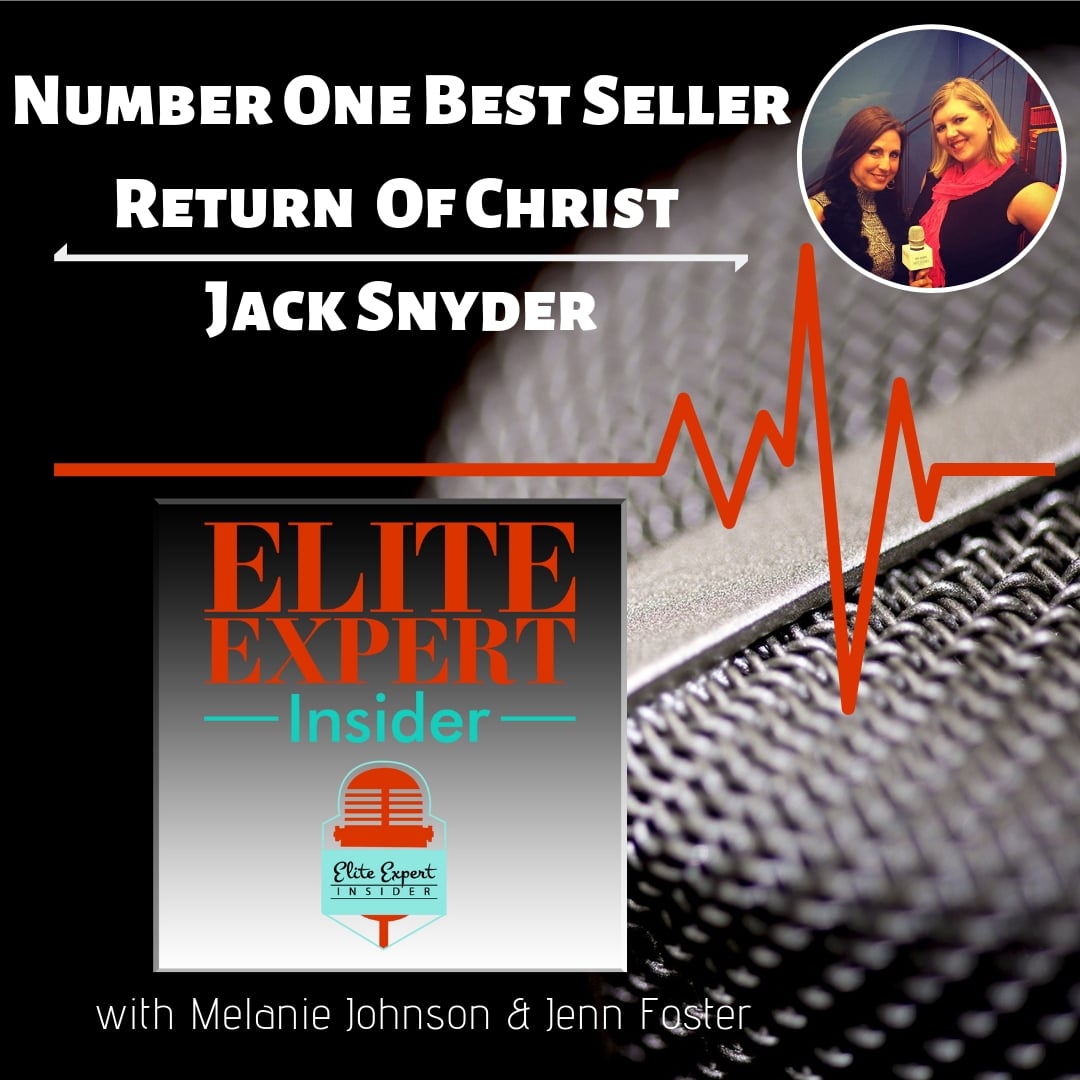 Number One Best Seller: Return Of Christ With Jack Snyder

Jenn Foster and Melanie Johnson speak with the author Jack Snyder about his number one bestseller Return Of Christ.

Jack Snyder is a prolific award-winning screenwriter with eight produced feature-length screenplays under his belt, three of which he directed. His films have been distributed by 20th Century Fox, NBCUniversal, Warner Brothers, and Sony. Several have shown theatrically and aired on The Showtime Network, The Movie Channel, the Syfy Channel, and the Lifetime Movie Network.

For access to all of Elite Expert Insider podcasts visit:

“There are writers out there that are character driven. And they just wrap themselves into who the character is and build the plot around that.”

“We had a deadline. And then you just say, Okay, I’m locking myself in my room for two weeks . And then you have to get it done.”

“It’s a little bit of a myth that you write a screenplay, you get discovered, it’s turned into a movie, you’re famous, you walk the red carpet, it’s a myth in the sense that it’s not very common.”