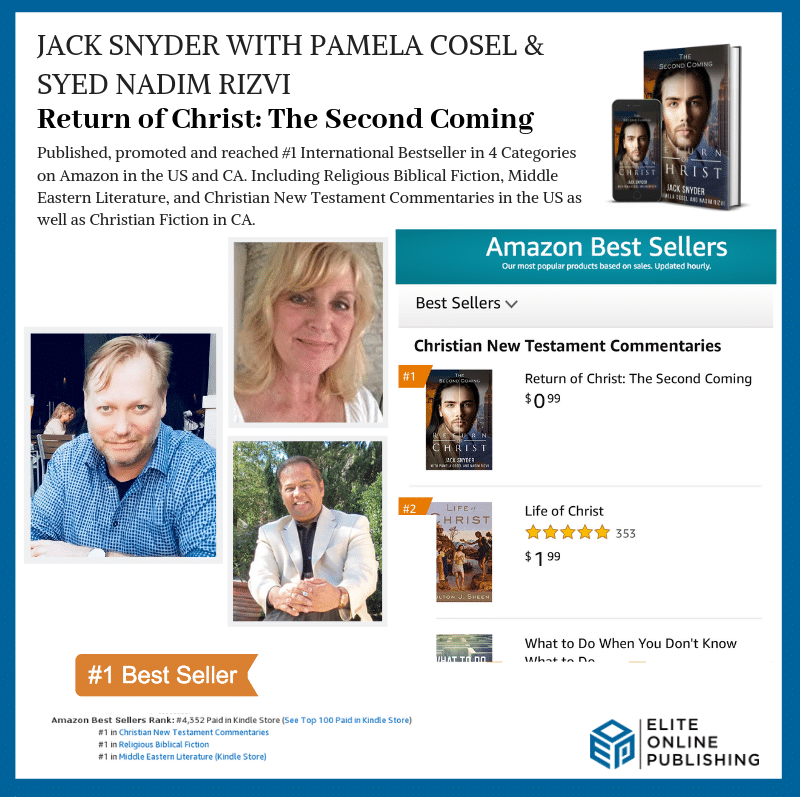 Authors Jack Snyder with Pamela Cosel and Syed Nadim Rizvi introduced their new book  “Return of Christ: The Second Coming” which climbed quickly to become a #1 International Bestseller on Amazon.

Elite Online Publishing published, promoted and reached #1 International Bestseller in 4 Categories on Amazon in the US and CA. Including Religious Biblical Fiction, Middle Eastern Literature, and Christian New Testament Commentaries in the US as well as Christian Fiction in CA. 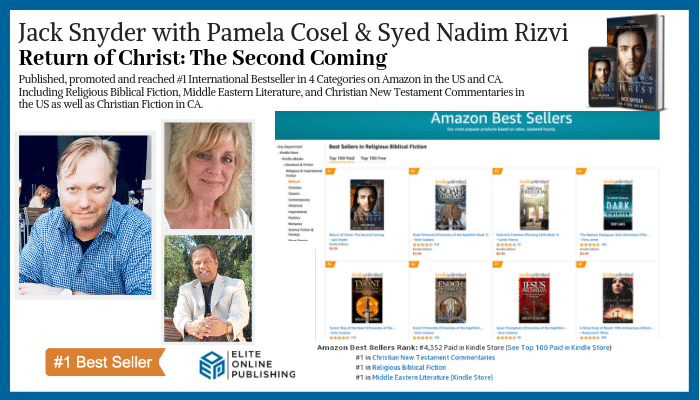 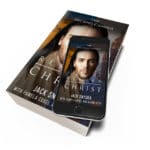 Discover the story of biblical events that ushers in the end of times and how Jesus Christ returns again to save us all from our own demise.

As Rachel Williams, a renowned television journalist, covers the signing of a historical peace accord in Jerusalem, a terrorist strike levels several of the Holy Land’s most ancient, sacred sites – sites important to Jews, Christians, and Muslims alike. As international tensions rise due to the incident, Rachel finds a long-forgotten email she received months earlier foretelling these events – an email she dismissed because it came from a man whom she considered a “religious nut.” When Rachel locates the sender, he gives her a Bible containing handwritten notes deciphering the Book of Revelation.

After another terrorist attack occurs – one written about in the man’s notes – Rachel embarks on an adventure of spiritual discovery that leads to unraveling the greatest mystery of all time: The rise of the Antichrist and the return of Jesus to Earth, and how she, an agnostic, plays a significant role in the Biblical End Times and the Battle of Armageddon.

The story in this book was inspired by scripture, characters, places and events from the Bible as they relate to the End Times and Armageddon. All other names, characters, places, and events are products of the author’s imagination, and any resemblance to actual events, places, or persons, living or dead, is entirely coincidental.

Watch the Video Below 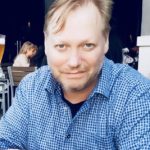 Jack Snyder is a prolific award-winning screenwriter with eight produced screenplays under his belt, three of which he directed. His films have been distributed by major studios and have shown theatrically and aired on major cable networks. The Academy of Motion Picture Arts and Sciences – the Oscar folks – requested a copy of one of his screenplays for its Core Collection, to be used for research and study purposes by producers, academics, and students. In his free time, Jack likes to hang out with his family and their two Chihuahuas on Zuma Beach in Malibu. 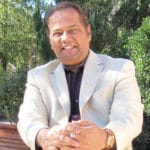 Syed Nadim Rizvi is a writer and community-leader who is best known for his great communication skills. He’s multilingual in English, Urdu, Punjabi and Hindi languages. And is an excellent orator within the Muslim community. Nadim is concerned with the current tensions and misunderstandings amongst the followers of the Abrahamic traditions (Judaism, Christianity and Islam). It is for this reason he has studied the Holy Quran thoroughly with English and Urdu translation. He wanted to investigate for himself the true meaning of the Holy Scripture and not be influenced by others, particularly those who negatively distort the image of Islam. He has devoted his life towards promoting peace and harmony in the world. 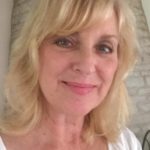 Pamela Cosel is a freelance writer, editor and former journalist whose overall career path has been in communication. She was first published in newspapers in 1980 and later in print and online magazines. She has worked as a digital content editor/managing editor in television news for two TV stations:  KXRM in Colorado Springs, CO, and KXAN in Austin, TX. While at KXRM, she was an online blogger for the news station at the Democratic National Convention the year Barack Obama secured the presidential nomination.

Available in the United States, United Kingdom, Canada and Australia

Learn more by clicking below: